Hate to break it to you, but you’re getting dumber by the day. But don’t worry, we’re all in this together. Science recently revealed that the IQ of the human race peaked some time around 1975 and it’s pretty much been in decline ever since.

Ok, I get you’re pissed. After all, you were probably one of the cool kids that dropped science as a subject in high school. Or maybe your ego is slightly inflated after your Trivial Pursuit hot-streak that you think you’re one of the lucky ones. Whatever the case may be, the research suggests that the rapid increases in IQ observed in the 20th century are long gone.

But don’t go confessing to your boss just yet. Instead, we’ve put together a list of simple ways to get your brain juices flowing.

Get out of your comfort zone

Taking on a new skill, learning a different language or poring over puzzles have something in common—they challenge what you’ve become accustomed to. The same affect can be had by mixing up your surroundings: break out of your routines, avoid familiar patterns and push yourself to do something different. Travel somewhere new (it doesn’t need to be somewhere exotic). Visit a different suburb, go to a new town or head to the national park to take in your surroundings and learn about new people, places, sights and sounds. It’s called the school of life.

Are you one of those people who really loves to read but doesn’t have time to tuck into a good book anymore? And yet we manage to find plenty of time to scroll through social media feeds, share memes and read random listicles like this one. All that time adds up, so try channelling it into a great read.

Our old mate science reckons playing a musical instrument not only helps with motor skills and dexterity but it can also aid spatial co-ordination (which helps with problem solving and doing those crossword puzzles), auditory processing and verbal recall. In other words, you’ll get better at remembering stuff.

Pick up the weekend paper (remember it?) and have a crack at the weekly quiz, do the crossword or solve a Sudoku. Do it over a latte (or wine) if that makes it easier to digest. Test yourself to see just how much knowledge is rattling around in that head of yours and for anything you don’t know, consider it a new thing learnt.

Apps like Elevate offer up a whole plethora of mind-bending challenges, while the famous New York Times crossword is also available in app form.

Because bilingual people spread their vocabulary across two tongues, they’re actually likely to have a more limited word range compared to someone who speaks just one language fluently. But straddling languages makes the brain better at multitasking and even makes for higher density grey matter. Besides, even a stupid person sounds more impressive speaking a foreign language.

We often think that meditation is reserved for those are spiritually superior, or who have reached some sort of enlightenment after years of practice. I’ve got good news: anyone can practice meditation so long as you put the time aside.

In fact, meditation can be as simple as taking time out from the constant stimuli of modern life to re-focus your mind. This process of emptying the mind relieves stress, balances one’s mood and aids general mental wellbeing.

Practice with just a few minutes of controlled breathing exercises each day, being conscious to focus on each breath while letting the thoughts in your mind dissipate. Brainwave training, a type of meditation, has been shown to deliver a 23 percent lift in IQ. Best of all, the effects were found to be lasting.

Lay off the booze

You know how alcohol kills brain cells? Not true, apparently. But before you crack open a bottle of Mumm to celebrate, you should know that booze still messes with your brain’s grey matter. It’s not some cocktail-infused cell massacre. Rather, long-term excessive consumption can affect neuron transmission, which is kind of a problem, cognitively speaking. While we’re not suggesting you should quit booze altogether, having a dry-weekend means your brain will thank you come Monday morning.

You heard me. Last but not least, one of the most effective ways to boost your brain power is to do some good ol’ fashion exercise. Research has proven many cognitive benefits of regular aerobic exercise, such as improved memory and learning ability. Indirectly, exercise also improves mood and sleep, and reduces stress and anxiety.

So what are you waiting for? Get out there and join a local fitness class, find a local walking track or join a sports team.

Check out our list of top gym alternatives for a healthier you. 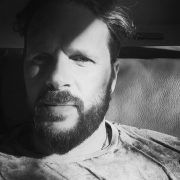 After many years in the publishing and advertising business, Matt has clocked up time working with Australia’s most iconic brands and media outlets, including GQ, Men’s Health, Qantas, Commonwealth Bank and, of course, This Weekend.

Top Gym Alternatives For A Healthier You

Top Wellness Retreats To Get You In Shape For Summer

Sleep Better – 5 Tips According To This Sleep Expert

5 Healthy Habits To Take Up This Dry July

What’s On In Sydney: Winter Events To Warm The Body & Soul

6 Morning Routines To Change Your Outlook On Life

Self Care Ideas For A Happier & Healthier Life

How To Survive In The New Conscience Economy